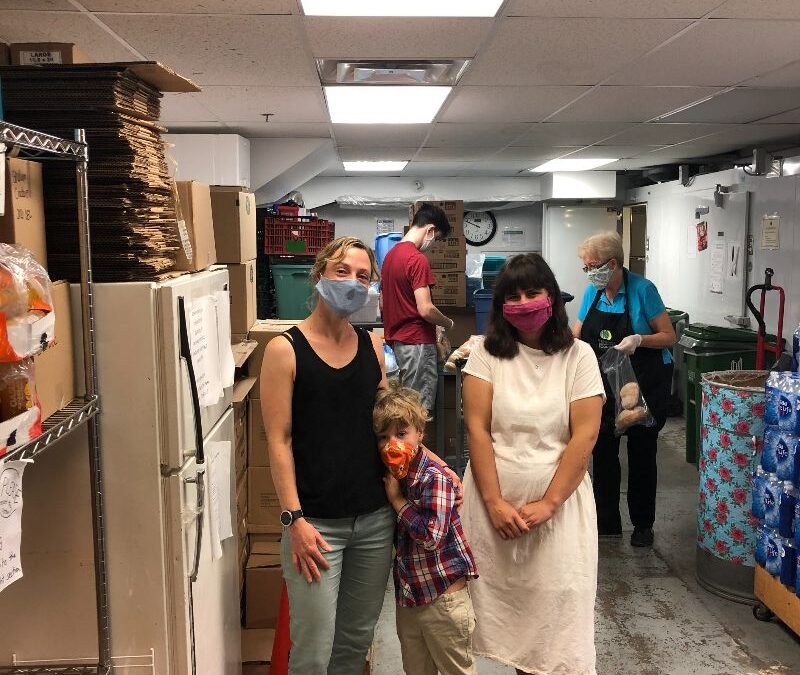 Cohousing Toronto has donated $500 to the Parkdale Community Foodbank. Cohousing Toronto is a group of 5 households that is forming an inclusive and sustainable cohousing community in Toronto. The group’s vision is to create a high functioning community that will build or retrofit a cohousing neighbourhood or midrise complex of 15-40 fully equipped private homes combined with shared spaces and amenities. The donation to the Parkdale Community Foodbank was raised through a recent online information workshop – “Cohousing 101” – organized by Cohousing Options Canada, a non-profit cohousing consultancy. Cohousing Toronto co-hosted the workshop along with cohousing groups in Hamilton and Sudbury.

120 people attended the free workshop which raised $1,500 in donations to support local foodbanks in the three communities. “We are in the middle of a pandemic and we are approaching the holidays. A time where most of us are used to gathering with family and friends. For many this won’t be possible this year and the need for community has never been greater. We wanted to make a point that cohousing communities also care about the broader community around them”, says Kristopher Stevens, Executive Director of Cohousing Options Canada. “Cohousing communities often have the power to transform entire neighbourhoods and make them a better, more caring and safer place”, adds Stevens.

During the “Cohousing 101” workshop, Cohousing Options Canada gave an overview of cohousing, and shared photos and stories from existing communities in North America and Europe emphasizing how it enhances people’s quality of life. The three Ontario cohousing co-hosts introduced their communities and described their visions. All of the communities gained new prospective members from the workshop audience.

Cohousing originated in Denmark. It is a planned residential community or neighbourhood that combines private homes with shared indoor and outdoor spaces that are designed to support an active, interdependent and multi-generational community life. “We have an amazing group of like-minded people that is determined to build their dream of living in a fun and supportive multi-generational and inclusive community. If you share our dream, get in touch with us at tocohousing@gmail.com”, says Cohousing Toronto spokeswoman Maike Althaus.